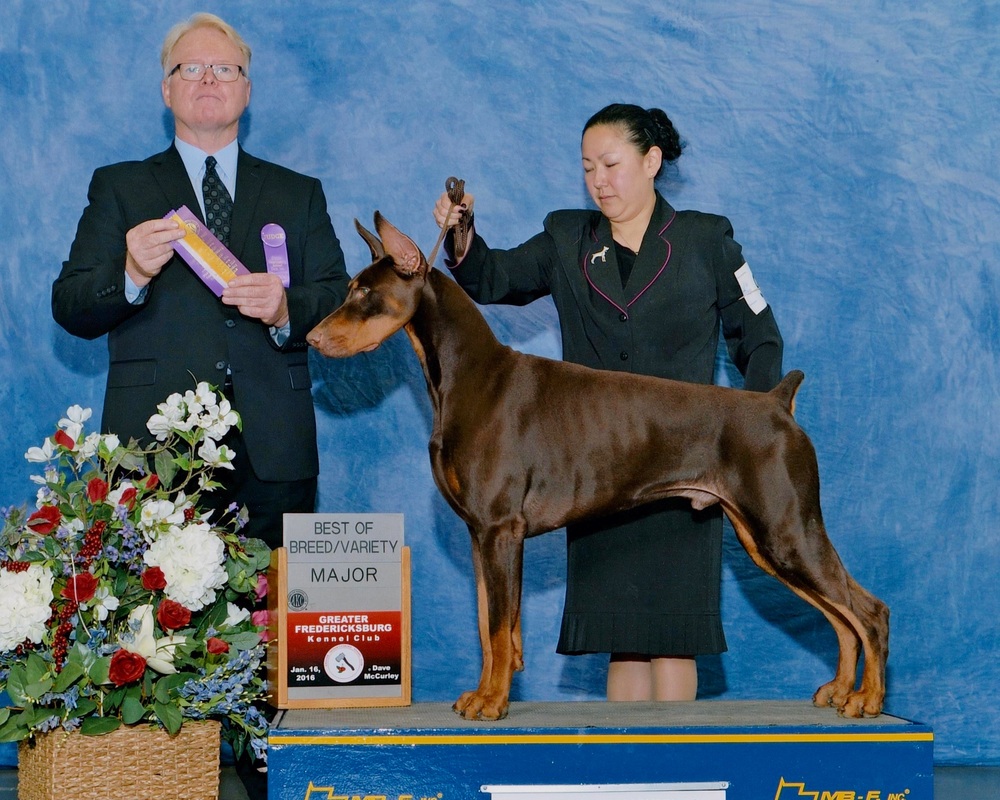 Goblin receives his 3rd BOB from the classes over 5 specials for his second major at the Greater Fredericksburg KC show on January 16, 2016! Thank you Judge Bill Shelton. Photo by: Dave McCurley Photography
Goblin is our big red goofball. Goblin has been very successful in the show ring.  Goblin pointed his first AKC show at 7 months old. He has won 3 BOBs from the classes over specials for two majors and a BISS and finished his AKC championship under 24 months of age completely owner handled by his co-owner Meejin Pike.  Goblin is also a UKC grand champion with multiple BIMBS and RBIMBS and finished 2015 as the #2 Doberman with limited showing!  Thank you John and Addy Nolan for letting Goblin be part of our family. 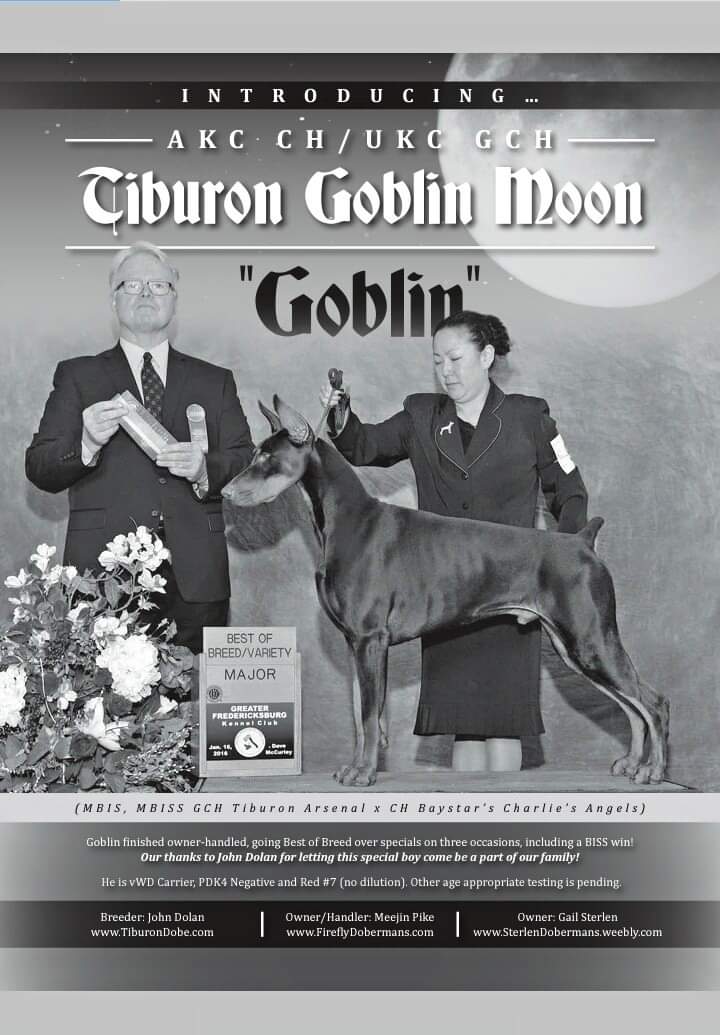 Goblin had a good week at the 2015 DPCA National.  He was in the ribbons every class he was shown including a first place in his futurity class! 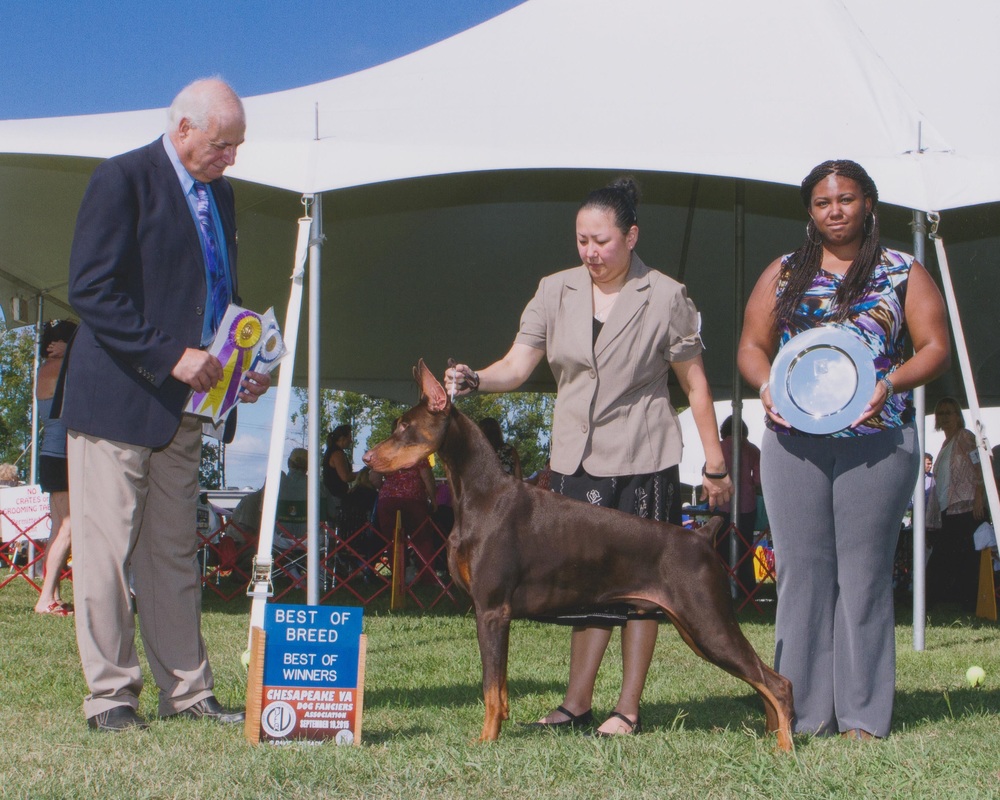 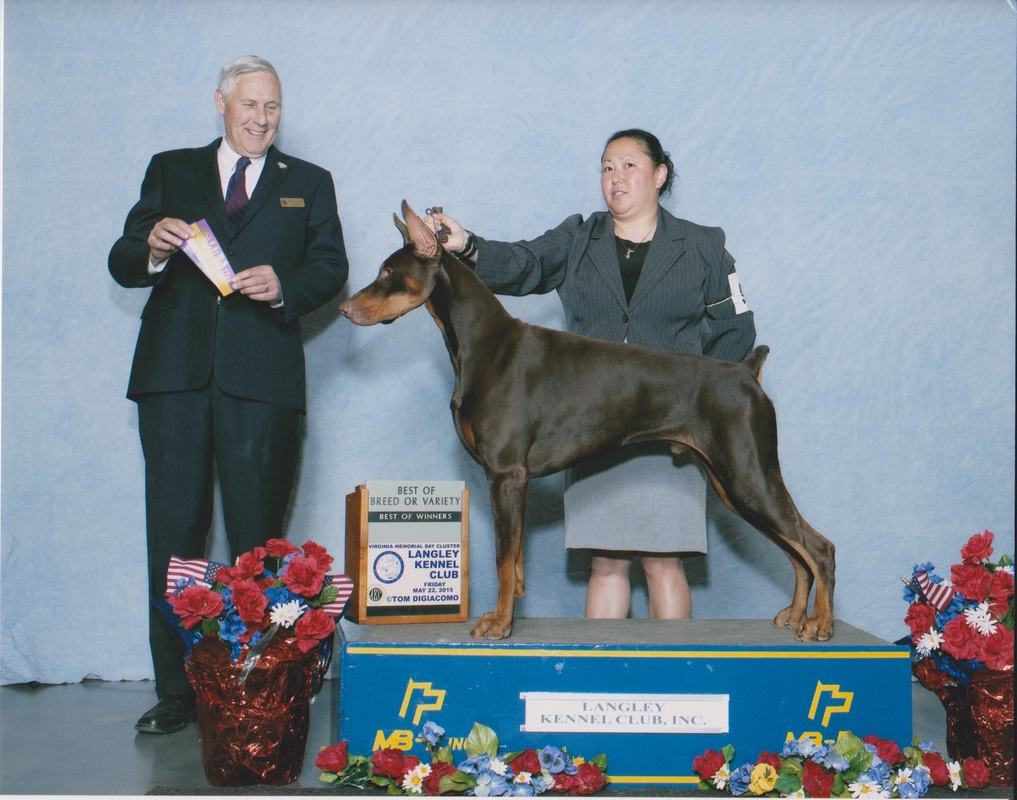 Goblin goes BOB from the classes over specials for a 3 point major at the Langley KC show in Hampton, VA on May 22,2015.Thank you Judge Brian Meyer! Photo by: Tom Digiacomo 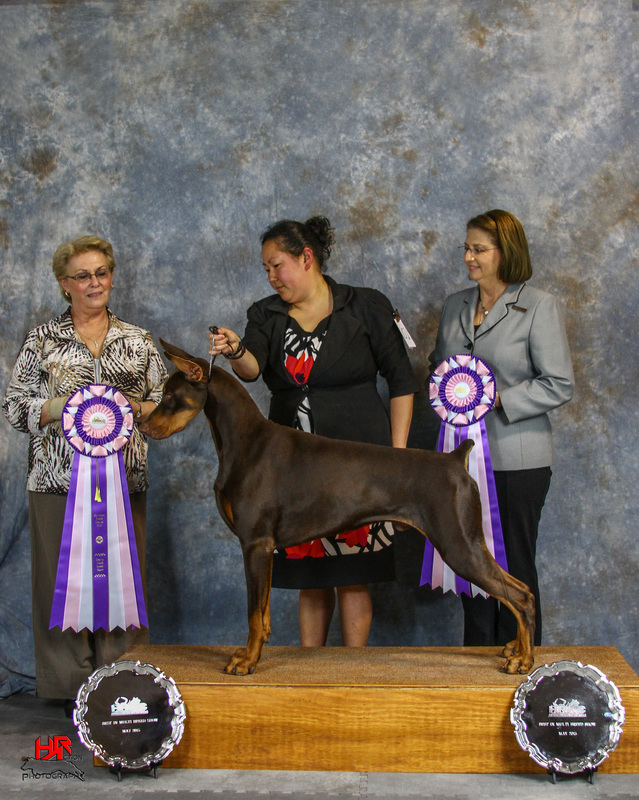 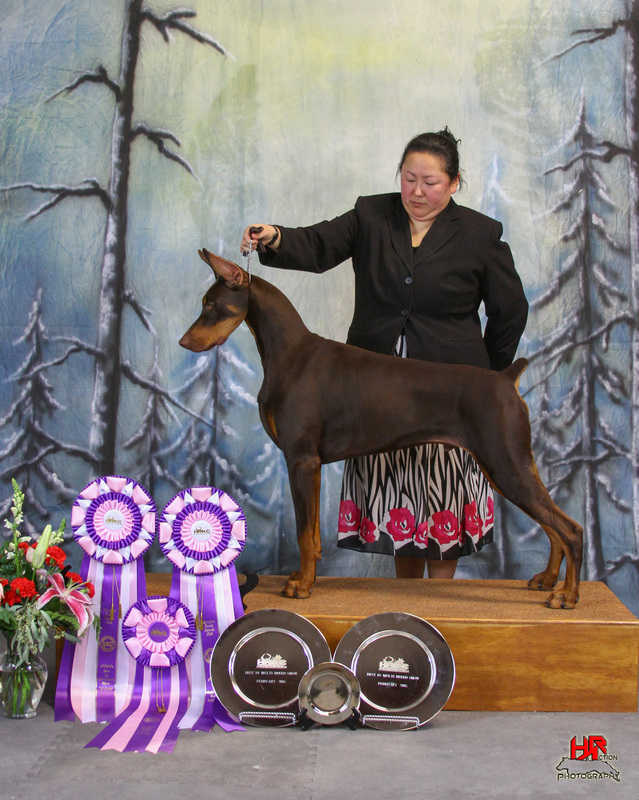 Courtland VA February 13-15, 2015 Goblin finishes is UKC Grand Championship just shy of 9 months! Thank you Judges Kathie Treacy and Melissa Kidd for back to back BIMBS on Friday and Judge David Arthur for the RBIMBS on Sunday. Photo by: Richard Hunter 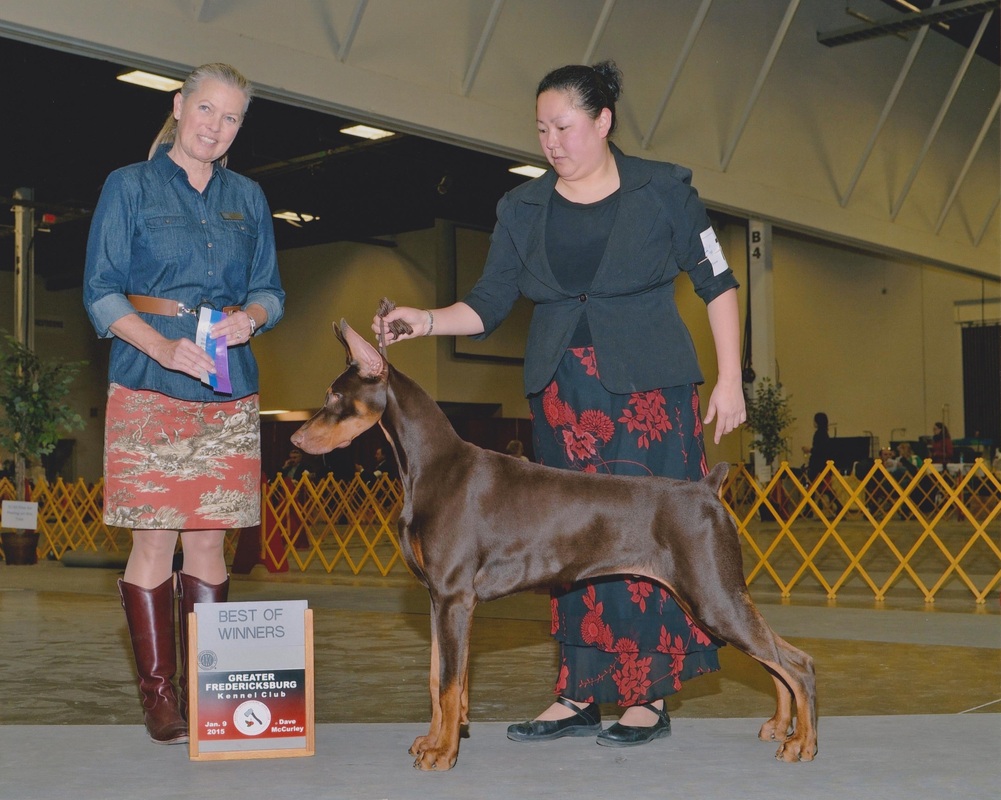 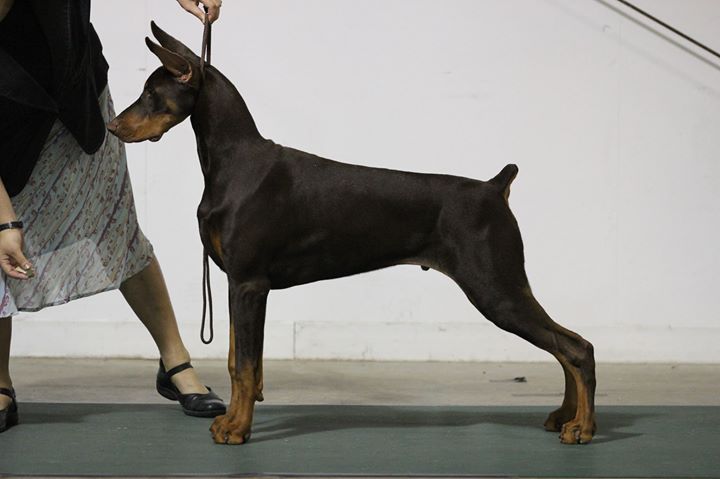 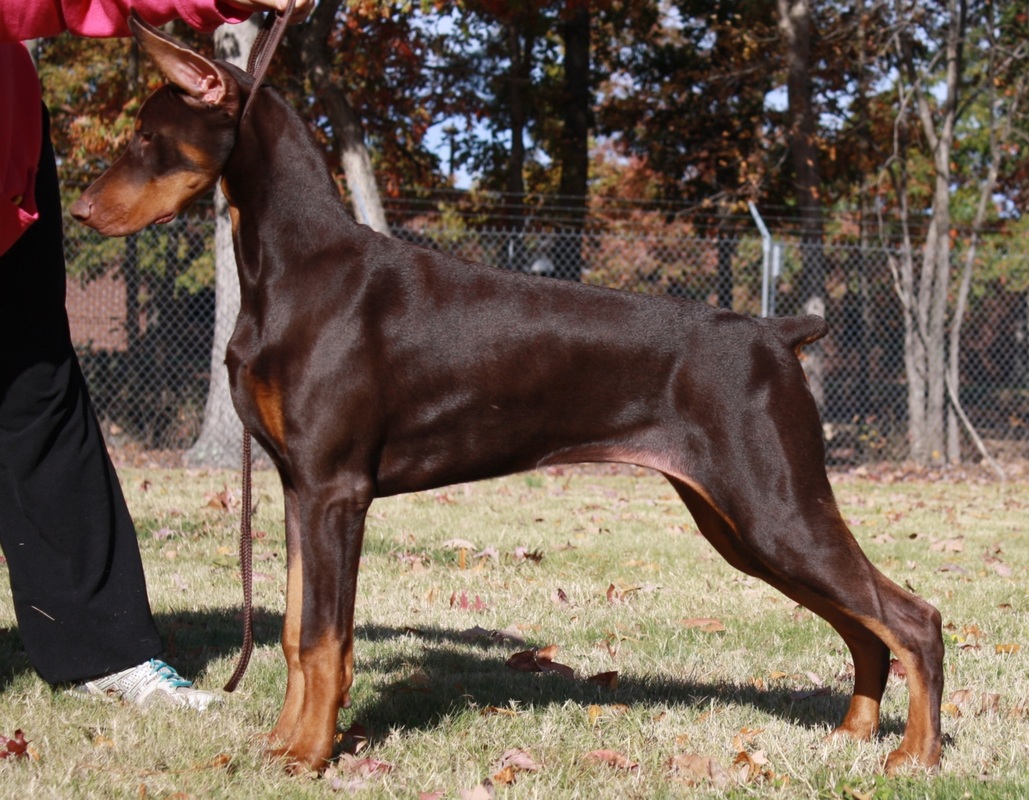